In our Acumullit SA technology we use exclusive plants from around the world mixed in a unique formula for each product. The parts of the plants (leaves, roots, flowers, fruits, seeds) are selected to complement each other. When we created the formulas, we used concentrated knowledge to determine optimal formulas for each product. HPR
Retail price: 75 EUR
Retail:
75 EUR (150 EUR/100 g)
Wholesale: 60 EUR (120 EUR/100 g)
Retail:
60 EUR (120 EUR/100 g)
incl. VAT, plus shipping costs (delivery time: in 1-2 weeks)
Add to Cart
details
In our Acumullit SA technology we use exclusive plants from around the world mixed in a unique formula for each product. The parts of the plants (leaves, roots, flowers, fruits, seeds) are selected to complement each other. When we created the formulas, we used concentrated knowledge to determine optimal formulas for each product. 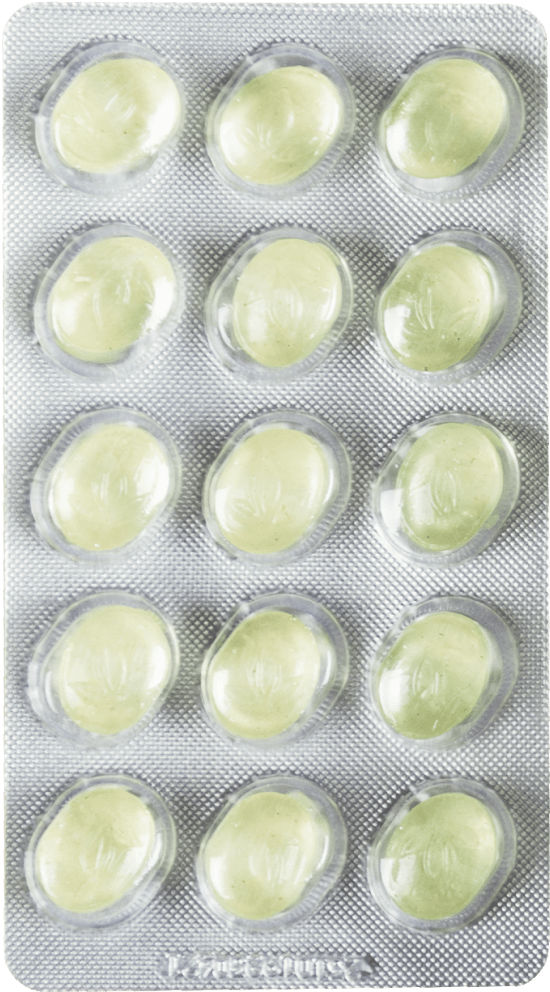 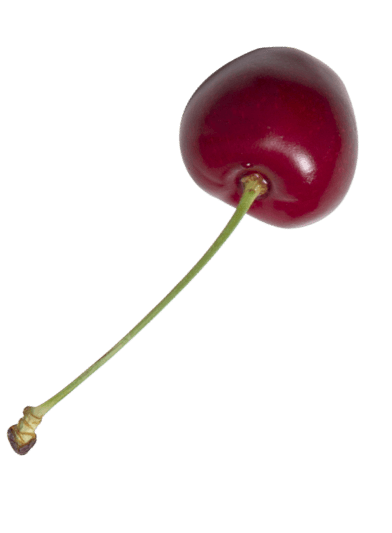 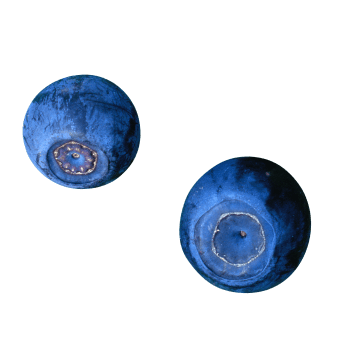 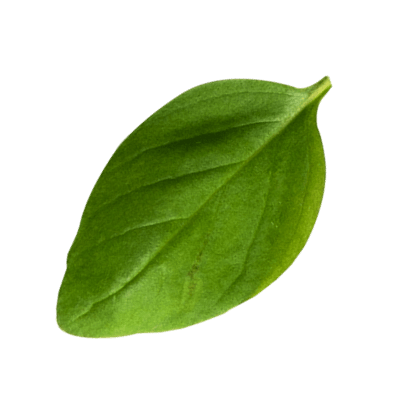 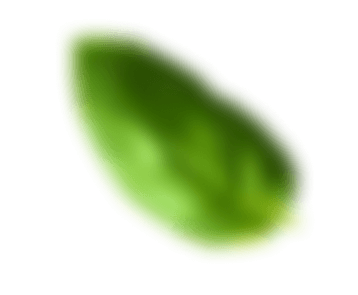 LIVE YOUR LIFE TO THE FULLEST!
BE HAPPY HERE AND NOW! The unique taste of HPY Drops helps you enjoy the moment. You can switch off and enjoy the taste at the same time. After a short break, everything around you will become much better again and you will be able to cope with your daily tasks with new energy.

Ashwagandha
According to Indian Ayurvedic theory, withania somnifera is also known as ashwagandha. Its active ingredients are not only found in the berry itself, especially also in its roots. Also known as Indian ginseng, this plant is an extremely versatile one. Although ashwagandha originally comes from North Africa, this plant, which grows to a height of around 50 cm, became quite popular in India and in the ancient art of Ayurveda. The fruit stems of ashwagandha are very reminiscent of the bladder cherry, which is also known as physalis. The berries of the ashwagandha, however, are bright red, very conspicuous and are also used in India to make soap. Its ground seeds are ideal as a vegan cheese substitute and the ground root as an ancient natural Ayurvedic product.

Chamomile
Chamomile flowers are used as a herbal remedy. They contain essential oil consisting of the substances a-bisabolol and matricine, among others. It is used externally and internally. Those who are allergic to compositae should not use chamomile.

Turmeric
Turmeric belongs to the ginger family. It thrives in the tropical regions of Asia. The underground part of the shrub, which can grow over a meter high, is used. It looks similar to ginger, but has an intense yellow color. The taste of turmeric is described as "mildly spicy, with a slightly earthy and bitter aroma".

Ginkgo
The herbal Ginkgo biloba extract helps to improve blood circulation in the brain and to supply the nerve cells with more oxygen. This increases memory and concentration

Licorice roots
Even the ancient Egyptians knew a delicacy made from licorice root: The finest licorice, salty or sweet, is still a delight for both young and old connoisseurs. Furthermore, ancient philosophers had mentioned about the effect of licorice roots. Licorice is also popular in the traditional Chinese medicine and cuisine.

Ginger
This yellow tuber with a lemony and pungent aroma is a popular kitchen spice. Moreover, ginger tea is always a great pleasure and provides a pleasant warm feeling in the stomach.

Harpagophytum
Devil's claw is used for medical purposes. In particular, it can be used for supportive therapy in cases of osteoarthritis and other mobility restrictions. In addition, African devil's claw stimulates appetite and digestion due to the many bitter substances it contains. Hemp Seeds
Small hemp seeds (about 3 mm in diameter) are reminiscent of small nuts. They are particularly characterized by their ingredients: For instance, hemp seeds contain all essential amino acids. As a source of protein, these small seeds are therefore ideal. They also have high levels of vitamins B1, B2 and E, calcium, magnesium, potassium and iron, as well as healthy omega-3 and omega-6 fatty acids.

Banana
Botanically, a banana is a berry, as well as cucumber, tomato or pumpkin. From a botanical point of view, a berry is a fruit formed from a single ovary, which encloses the seeds of a plant. Both vegetable plants and fruit plants produce berries.

Pear
Pears are pioneer plants. Even Homer reports about them as a gift from God. The Babylonians worshipped pear trees as sacred ones. In the Indian Materia medica, pears (gabbu gosha) are regarded as a medical plant (amritphale).

Sea Buckthorn
Bright orange fruits of a sea buckthorn are known for their extraordinarily high vitamin C content. The oil coming from their seeds shows a natural antibacterial effect and is used for external applications. Sea buckthorn is native to Europe. It has a deep and extensive root system, forms root runners and is popular as erosion control on dry slopes. Sea buckthorn has male and female flowers on different plants. For the female plant to produce fruit, there must be a male plant nearby. The sun, air and the outdoors are vital sources of energy. ALT's berry-fruity currant flavour is as intense and refreshing as nature itself. Enjoy this unique taste experience while being in nature and keep your stress level down. Enjoy your time in nature with our ALT currant-flavoured candies.

The innovative BRN coffee-flavoured candies are like a small cup of coffee that you can take with you anytime. Sometimes we get distracted by the endless to-do lists, a huge amount of information and the mass media and as a result we forget the most important thing: ourselves. Therefore, it's worth trying a coffee-flavoured BRN candy to regain strength and move on, no matter how stressful the situation might be.

The latest product from our Acumullit SA line are the BTY candies with the fruity and slightly tangy taste of strawberry and green tea. Are you familiar with the feeling of having a great time in a wonderful spa like the most beautiful woman in the world? The taste of green tea takes you to an oriental beauty therapy, while the taste of strawberries makes you feel complete by increasing your personal charisma and confidence. Let the BTY candies inspire you and the people around you!

THE MOST
BEAUTIFUL
SIDES OF LIFE Fantastic experience – taste sensation. Every season has its beautiful sides. Enjoy your life throughout the whole year. It is important to adjust your diet to each season. Take a break with the delicious taste of grapes!

GTS with the refreshing taste of pineapple. „Awaken“ your inner spirit and start over with the exciting taste of GTS candies. Enjoy your life and stay motivated! You are worth a round of applause! MLS with its carefully selected ingredients and fruity orange flavour makes your mouth water. Harmony and balance are what we want to achieve with this flavour. The fruitiness of the candy helps you to be in harmony with yourself! Get rid of unwanted thoughts and enjoy the great taste of MLS.

Our NRM candies feature a unique blend of different fruits and plants from all over the world. The taste of the sun-ripened apple reminds us of a stress-free childhood full of fun. Let NRM take you back to that childhood for a while!

Like all our candies, PWR Lemon also goes through our certified manufacturing process. Due to our daily routine we often don‘t have enough time to relax and we forget to take care of ourselves. The lemony taste of PWR Lemon keeps you always motivated. Enjoy the tangy, lemony taste and keep going!

The apricot-flavoured PWR candies were made for women leading a grab-and-go lifestyle. The subtle yet intense taste of ripe apricot makes us realize that a woman can take charge of everything without forgetting to take care of herself as well. Enjoy every second of these magic candies!

We are constantly rushing through life and focus on getting things done. The subtle taste of RLX banana-flavoured candies takes you to a peaceful oasis - back to the origins of nature. Enjoy every moment of peace with the creamy banana flavour of RLX.

HRT At heart
HRT is a seductive symphony of flavours that, like love, makes your heart beat faster. Having butterflies in the stomach is what falling in love feels like. Don't forget to take a HRT candy with you. Enjoy the delicious, perfectly fruity raspberry flavour.
Retail price: 75 EUR
Retail:
75 EUR (150 EUR/100 g)
Wholesale: 60 EUR (120 EUR/100 g)
Retail:
60 EUR (120 EUR/100 g)
incl. VAT, plus shipping costs (delivery time: in 1-2 weeks)
(Find out more information about additional discounts at check out)
Add to Cart
Benefits

ICE with its minty-fresh taste, takes us to a world of freedom and peace. Let this flavour take you to a North Sea beach where a mild breeze comes after a strong storm. The ICE candies taste exactly like the contrast between a strong storm and a mild breeze. Our HPR candies with the delicious taste of peach make us think of pure and unpolluted nature. The sweet and juicy taste of peach revives your memories. Try to go back in time and to remember your childhood when you used to live in a clean environment and simple things would make you happy.

The Company is staying up to date on the current global situation. In such turbulent times, please do not forget about our Corporate policy, and be sure to pass this information to all your team and colleagues. Acumullit SA products are not intended to prevent or treat any health conditions. So you (or anybody else) should not reference or imply, whether directly or indirectly, that our products are intended to treat or prevent any health condition, including COVID-19. This is a violation of corporate policy and it is strictly prohibited.

APLGo uses cookies. By your continued use of this site, you accept such use. Find out more about it in our privacy policy.
More information
Agree to all
Accept and continue
Leave
25-28 мс. / 274